The following is a prepared text of my May 30th speech to the Brookings Institution in Washington, D.C.  I was asked to discuss Japanese Public Diplomacy as part of a panel on Public Diplomacy in Northeast Asia. 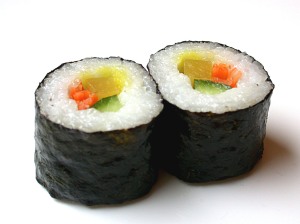 In 1923, the Japanese Diet created a Special Account from Japan’s share of the Boxer indemnities to fund cultural activities to China.  That same year a China Cultural Affairs Bureau was established within MOFA.  This cultural bridge between China and Japan was severed with Japan’s invasion and occupation of Manchuria in 1931 and the Marco Polo Bridge incident that led to the Second Sino-Japanese War (1937-1945).  Japan’s defeat in World War II led to almost thirty years of focus on economic reconstruction and recovery.  By the 1970s when Japan had become an economic superpower, it began to channel more of its resources into cultural diplomacy.  The Japan Foundation was established in 1972 for this sole purpose.

In the last 40 years, Tokyo’s cultural diplomacy has been focused mostly on the United States and its ASEAN (Association of Southeast Asian Nations) neighbors.  The US –Japan Alliance is Japan’s foreign policy cornerstone and ASEAN involves expanding markets and energy security issues.  The Fukuda Doctrine pledged “heart to heart relations” between Japan and Southeast Asia after anti-Japanese protests occurred in Bangkok and Jakarta.  Prime Minister Takeo Fukuda’s 1977 speech in Manila, Philippines reasserted that Japan was a peaceful nation that would never become a military power and would show mutual respect, fairness and equality to its ASEAN members.  Japan asserts a peaceful approach because it cannot exercise hard power according to the no-war clause of Article 9 in its constitution.  Hence, Japan’s soft approach in the post-Meiji and post-WWII era is two-fold: cultural diplomacy (CD) and developmental assistance, official and nongovernmental through Japanese NGOs.  Institutions involved include the Japan Foundation, Japan Exchange and Teaching (JET) Program, Japan Overseas Cooperation Volunteer (JOCV) Program, founded in 1965 and modeled on the US Peace Corps, Global 30, and the Office of Global Communications, Prime Minister’s Office. 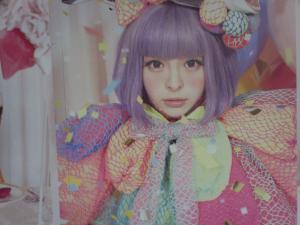 Japan is playing catch-up with other nations in the region in making public diplomacy an integral part of its foreign relations.  It has always had a “soft power” agenda in the aftermath of WWII when Japan’s new constitution (Article 9) forbade any military aims.  Japan’s core strength is in cultural diplomacy, Cool Japan (manga, anime, J-Pop, J-Fashion) as well as traditional Japanese culture (rock garden, Zen architecture, tea ceremony, Kimono culture).   The global appeal of manga and anime has everything to do with globalization and global consumer tastes and nothing to do with the Japanese state.  So the challenge remains: how does the state expand and exploit its new “hip and cool” soft power image and reconcile that positive image with Japan’s East Asian mixed reputation.

Before 3.11, the Ministry of Foreign Affairs (MOFA) was working with the Japan Foundation to expand cultural exchange programs.  In April 2006, Foreign Minister Aso Taro linked manga and anime with a hearts and minds campaign to China’s youth in a speech to the University of Digital Content located in the Akihabara district (electronics Mecca) of Tokyo.  He wondered what pictures emerge in the heads of foreigners when they hear the name, Japan.  The more positive, the easier it is for Japan to get across its long-term views.  That same year, the head of Toyota Motor Corporation, Cho Fujio, who was also head of the MOFA-advisory Council on the Movement of People Across Borders, recommended a “Japan Manga Grand Prize.”  Its purpose was two-fold: (1) target foreign artists of manga and anime; and (2) appoint Japanese artists as cultural ambassadors to help promote J-Pop overseas.

In January 2007, Aso Taro gave a policy speech to the Diet that officially called for J-pop to be used as a public diplomacy tool.  “What is important is to be able to induce other countries to listen to Japan.  If the use of pop culture or various subcultures can be useful in this process, we certainly should make the most of them.”  A natural offspring of this vision is the AKB48 girl group (Akihabara 48), not only in Japan but also through spin-off versions throughout the region.  The popular song and dance act is now being enlisted in the sale of “reconstruction bonds.”  Japan has held cultural appeal for quite some time.  Before Hello Kitty, Doraemon (the earless robot cat), or Pokemon, there was Astro Boy and Godzilla.  The difference between then and now is that the J-state is finally taking notice that J-pop has J-policy links.

Cool Japan has its problems.  What it means to be cool is ephemeral.  Today’s Cool Japan is tomorrow’s (or today’s) Cool Korea or Cool India.  The Japanese government and institutions like the Japan Foundation recognize that being a cultural superpower isn’t enough, especially against the backdrop of the lost decades.  Nevertheless, the emphasis on culture continues in a region where China, Korea and Taiwan assert their own cultural features, China with its global Confucian Institutes in particular.  The question remains: Is culture power in the East Asian region just politics by other means?

Everything has changed with 3.11.  It is no longer exclusively Cool Japan but rather Gratitude Relations (Yamato spirit) that is driving Japan’s soft power.  Disaster pictures spoke 1,000 words, with long lines of people politely lined up and waiting for hours for water and food.  What started out as neighbors helping neighbors in Japan after the quake and tsunami was quickly appreciated globally and donations poured in.  Pray for Japan, the Lady Gaga effect in 2011, became Japan thanks you in 2012.

Japan’s image today is on the rise with its recovery.  But there is another side to this coin that is a major concern.  JPD holds opportunity for person-to-person diplomacy but public suspicion persists related to the Fukushima nuclear fallout and the Japanese government’s lack of transparency.  There is a huge loss of trust in government and corporate institutions.  Will this be a nuclear Japan, a post-nuclear Japan or something in between?  Mass anti-nuclear sentiments challenge the government’s efforts to link nuclear power with the Japan nation branding campaign of the Future City.  Former PM Naoto Kan told the Diet on Monday, May 28 that Japan should give up nuclear power, while Noda will decide soon whether or not to start the Oi nuclear plant in Fukui Prefecture.  (Coincidentally I’m meeting the mayor of Fukui city June 7th as part of a sister-city goodwill exchange.  Fukui is the sister city to my university employer home city, Fullerton.)

Another concern involves the persistent lack of internationalization in Japanese higher education.  Internationalization has always been linked more with economic and business issues.  To address this concern, the Japanese government formed the Global 30 project, which was originally slated to involve 30 universities but stands at 13.  These 13 Japanese institutions of higher learning are using government funds to internationalize their curriculum, increase foreign student percentages and offer more English-language instruction.  The program’s goal is to attract 300,000 international students by 2020. (The 13 member institutions had 21,429 international students in 2011.) Most coursework is offered in English so that the Japanese language requirement is not an impediment, but the hurdles are high for other universities to participate because of strict Ministry of Education standards.

Foreign student numbers in Japan were just over 138,000 in 2011, with nearly 90,000 coming from China and the rest from Korea, Taiwan, Vietnam and Malaysia.  USA student numbers were 1,400.  Global interest in the Japanese language is on a significant rise, in part because of great love and affection for manga and anime more than for economic reasons, but Japan has no equivalent to the Confucian Institutes outside the Japan Foundation.  Less than 4 percent of Japan’s university students are from overseas (133,000) compared to China’s 223,000 and the US with over 672,000.  Five percent of faculty is foreign and most are hired to teach in English or as ESL instructors.  Today fewer Japanese students are going abroad to the US and Europe.  South Korea, half the size of Japan, sends twice the number of its students to America.  All of this is causing angst about Japan’s ability to compete globally, but with the worse public debt among industrialized nations, change will be slow.

It is also plainly obvious that Japan’s public diplomacy suffers from the lack of a CNN International or BBC-like global media presence.  The Prime Minister’s Office recently opened an Office of Global Communications to strengthen its presence with international media and to reestablish the credibility of the Japan brand. But a closed society image persists.  Japan’s government policies favor ethnic homogeneity to maintain social order over a more open immigrant policy.  If you add in the fact that Japanese is not a global language either in business or diplomacy, then you have a recipe for a more sluggish soft power nation.

Japan’s future public diplomacy agenda will likely expand its Gratitude Relations through ODA and ORC (Open Reconstruction Collaboration).  A recent boost is that Japan has 18 months to convince the IOC that it would be a better host for the summer Olympics in 2020 than either Istanbul or Madrid.  The publicity surrounding this Olympic bid is driven by the rhetoric of thanks and acknowledgment to the world for helping Japan after 3/11.   The Japan Foundation is celebrating its 40th anniversary.  Some, but not all of its staff, prefer a more human touch and less statist touch approach to cultural diplomacy, what might be called “The Personal (Kizuna) is Public Diplomacy.”  JF’s Hideki Hara cites the Israeli Association for Japanese Studies (http://www.japan-studies.org) launched at Hebrew, Haifa and Tel Aviv universities this year to commemorate the 60th anniversary of ties between the two countries or the sponsorship of Japanese-Brazilian artist Hamilton Yokota (Titi Freak) colorful fish murals on temporary houses in Ishinomaki.  Hara says,

The worst thing that can happen to scholars or people like me is to have set prejudices about my country versus other country’s uniqueness.  The cultural diplomacy based on uniqueness, superiority or inferiority for that matter is over.  Now it’s all about compassion.  It’s all about getting nods from other countries.

The US-Japan Tomodachi Initiative to support more interpersonal artist and student ties into the Japan recovery.  (The Lady Gaga Teacup from which she drank during a news conference in June 2011 was auctioned off in early May for $75,000 to support Tomodachi efforts.)  In the Kizuna and Tomodachi spirit, Emperor Akihito and Empress Michiko attended the 60th anniversary of the Japan-US Educational Commission (Fulbright) at the Imperial Palace Hotel on May 25, 2012.  What was striking was to see so few young people at the reception.  Attendees were mostly the Japanese Fulbright students from the 1950s and 1960s.  Who will replace them?

2012 marks the 100th anniversary of the gift of 3,000 cherry blossom tree saplings by then mayor Ozaki of Tokyo City to Washington, DC.  A recent Gallup rating showed a slight majority of Americans considers Japan “the most important partner of the US in Asia.” The challenge for Japan is this: Does clicking “like” on the Sushi page of Facebook translate into state and foreign policy goals?

13 thoughts on “Sushi Diplomacy: Japan in the World”