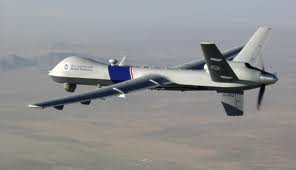 The New York Times interviewed three dozen of President Barack Obama’s advisers about the president’s record on counterterrorism for its article, “Secret ‘Kill List’ Proves a Test of Obama’s Principles and Will.”  Many of Obama’s strongest supporters are greatly disappointed and puzzled by his George W. Bush-like continuation of unpopular policies like a secret kill list of terror suspects (some as young as 17) and the drone strike program against Al Qaeda in Afghanistan and Yemen.

Mr. Obama is the liberal law professor who campaigned against the Iraq war and torture, and then insisted on approving every new name on an expanding “kill list,” poring over terrorist suspects’ biographies on what one official calls the macabre “baseball cards” of an unconventional war. When a rare opportunity for a drone strike at a top terrorist arises — but his family is with him — it is the president who has reserved to himself the final moral calculation.

Nothing else in Mr. Obama’s first term has baffled liberal supporters and confounded conservative critics alike as his aggressive counterterrorism record.  His actions have often remained inscrutable, obscured by awkward secrecy rules, polarized political commentary and the president’s own deep reserve.

Justly or not, drones have become a provocative symbol of American power, running roughshod over national sovereignty and killing innocents. With China and Russia watching, the United States has set an international precedent for sending drones over borders to kill enemies.

Critics say that when drones strike, they don’t distinguish first between children and adults.  They are aimed at the guilty but many hit the innocent.  Drones have now replaced Guantanamo, Cuba as the rallying cry for recruiting militant terrorists.  This is the same president who signed executive orders his second day in office pledging the closure of Guantanamo (it is still open) and the ending of the worst counterterrorism interrogation techniques (they are banned.)

Does this profile in The New York Times prove that Barack Obama is a realist more than an idealist in foreign policy?