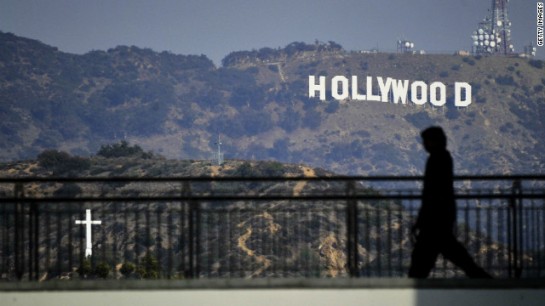 Richard Wike, Associate Director of the Pew Research Center’s Global Attitudes Project, takes quite a sanguine view of Hollywood’s impact on the world.

There is no question that Hollywood, and its advertising counterpart, Madison Avenue, are Brand America bookends to the US national image in the world.  What’s not explored in this piece is the cultural hegemony that the US has over nations.

Many global populations support Hollywood film and television because it’s what they have come to know through its ubiquitous presence.  The omnipresence of American culture, and its homogenizing presence on native cultures, is downplayed here.

And what of Americans who wish to see non-US global media film and TV productions?  For a nation with so much influence in the world, we are woefully ignorant about the lives and lessons from many who do not ascribe to the pro-Western, pro-American way of life.

I wish this article had included more nuance and not so much ‘hooray for Hollywood’ absoluteness.  Alas, this is more of an advertising promotional piece for the Academy Awards, better known as The Oscars.

A major conflict between the region’s two largest economies would not only impose a harsh dilemma on U.S. diplomats, but also have a significant impact on the entire global economy. It is in every nation’s best interest that the Chinese and Japanese settle their territorial dispute peacefully. (OnlineMBA.com) 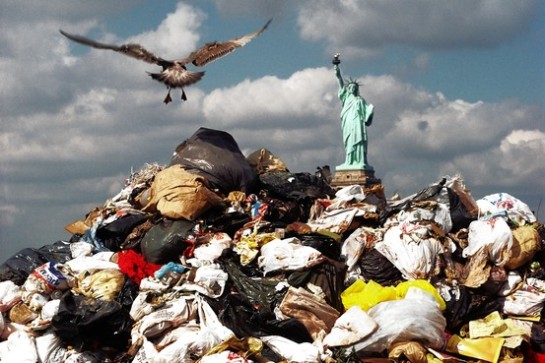 American communities on average spend more money on waste management than on fire protection, parks and recreation, libraries or schoolbooks, according to U.S. Census data on municipal budgets.

The U.S. doesn’t have to handle trash this way. Other countries with big economies and high standards of living have rejected the disposable products that make up so much of America’s garbage—in part because European countries hold manufacturers, not taxpayers, responsible for the costs of packaging waste. With that sort of incentive, toothpaste tubes need not come in redundant cardboard boxes and television sets can leave the store with no boxes at all. The average Dane makes four pounds of trash a day, according to the Organization for Economic Cooperation and Development; the average Japanese generates 2.5 pounds.

In 2011, “ABC World News with Diane Sawyer” launched a series, Made in America, focusing on American manufacturing and the American economy.

The facts show that our nation is addicted to imports. In 1960, foreign goods made up just 8 percent of Americans’ purchases. Today, nearly 60 percent of everything we buy is made overseas.

The following broadcast story from the “Made in America” series, captures the chronic public concern about the decline of the American brand and the promise that new markets in the Middle East may offer.

A look at the state of the manufacturing industry in the United States as seen at the Second Annual “Conference on the Renaissance of American Manufacturing: Jobs, Trade and the Presidential Election” on March 27, 2012.  These are shocking statistics about the once leading manufacturing nation on the planet.