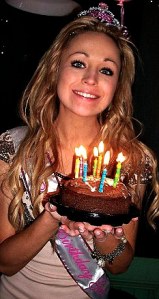 First, let me state the obvious: Japan is safe, remarkably safe, for foreigners and visitors alike.  We all  are quite aware of natural disasters in Japan, but rates of crime and domestic violence are very low for this country of 127 million.  Tokyo is no exception.  Our feelings of safety may cloud our judgment about interactions.  When one feels safe, you might think nothing of joining a new acquaintance for dinner or a drink.  If you have a friend with you, even if it’s two women, you might feel even safer.  Safety in numbers, remember.  The U.S. Department of State Travel website says this about crime in Japan:

The general crime rate in Japan is well below the U.S. national average. Crimes against U.S. citizens in Japan usually involve personal disputes, theft, or vandalism. Violent crime is rare but does exist. Sexual assaults do not happen often but do occur, and females may be randomly targeted.

Japan’s safety and polite population hold international appeal for visitors when choosing Japan as a short-term tourist destination or for a lengthier study abroad experience.  It is an expensive destination, but the nation brand of Japan as safe and comfortable for foreigners is why we are here.  So this is why when there is a horrific crime, especially involving an attractive, vivacious young woman from outside Japan, the world takes notice.  We also know that race, age, gender and physical attractiveness play into how quickly mysterious deaths go global.  White women, young women, or pretty women get the most coverage.  It is not right or fair but the reality.

In the early morning hours of Thursday, May 24, a young Irish exchange student named Nicola Furlong lost her life at Keio Plaza Hotel in Shinjuku-ku, Tokyo.  The hotel website pitches its amenities:

The Keio Plaza Hotel is the ideal location to explore the delights of the city of Tokyo. Only minutes away from the most popular shopping and entertainment spots, our luxury hotel provides stunning views over central Tokyo.  A cozy bed, a good meal, friendly faces…. these are just some of the comforts that you seek after stepping inside the hotel door.

Nicola was not staying at Keio Plaza Hotel as a paying guest.  She and an unnamed Irish female friend from Dublin City University met two young American men after a Nicki Minaj concert.  The two women were exchange students at a university located about an hour train ride outside of Tokyo.  It’s not clear how soon after the concert the women met the two Americans, but the chance meeting with the men ended with the asphyxiation death of Nicola in one of the American’s hotel room.  The two Americans are identified as an unnamed 19-year-old musician and international Krumping dancer James “Kingtight” Blackston, age 23. (In a sad irony, you can see Blackston in a 2009 video called “Dancing Against Violence Bonn.”)  The two are now in the custody of Tokyo police.  They are not being held for Nicola’s alleged murder but rather for illegal touching of Nicola’s friend in a taxi en route to the hotel, which was captured on surveillance tape inside the taxi.   Quite another assembly–not of dancers and musicians–but rather diplomats and investigators, is now involved in this criminal case, including the U.S. State Department, U.S. Embassy in Tokyo, Irish Embassy in Tokyo, and local police authorities.

I have such a sad feeling about the death of Ms. Furlong.  She was just 21 and due to return to her home country of Ireland in a few weeks.  News media reports say that she and her schoolmate were so inebriated that they could barely walk on their own.  How they got into that condition is not clear.  Were they drugged?  If they had become drunk on their own before meeting the two men, it would be an unwise move that left them vulnerable to becoming crime victims, but being publicly drunk is not a crime in itself.  They might have been plied with very strong drinks.  We will get a much fuller picture in the days and weeks ahead.

I predict that this case will be an international media sensation like the Amanda Knox case in Italy.  The cases aren’t similar in facts, but they do involve foreigners in popular host countries.  Japan in general and Tokyo in particular want foreigners to keep coming–at least to visit or study here–and a crime with this international reach will cause some to question Japan’s reputation for safety.  It’s safe here, but the stillness of one late May morning in Tokyo was forever changed for Nicola Furlong and her family and friends in Ireland.  May justice be served in this case and may Nicola Furlong rest in peace.

20 thoughts on “Tokyo Murder: The Death of Nicola Furlong”